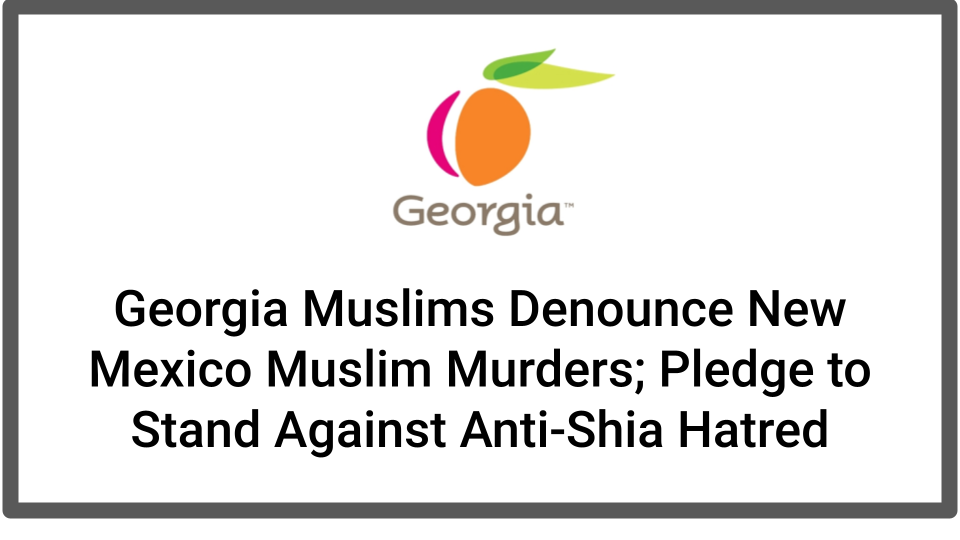 (Atlanta, GA, 08/10/2022): On August 9, 2022, the Albuquerque Police Department arrested a suspect in the murder of four Muslim men in New Mexico. There are early indications that all four murders were prompted by anti-Shia hatred. In response, Georgia’s Muslim leaders issued the following statement.

“As imams and leaders in Georgia’s Muslim community, we denounce the anti-Shia hatred that appears to have played a role in the murders of four Muslim men in Albuquerque, New Mexico in recent months. Such hatred and sectarian violence have no place in Islamic teachings. American Muslims from across the religious spectrum have always stood against sectarian violence and will continue to do so, God willing.”

“Today, we also pledge to continue taking a firm stance against anti-Shia bigotry and sectarianism. To that end, many of our mosques plan to devote their upcoming Friday khutbas (sermons) to the issue, and to encouraging continued unity and understanding within the American Muslim community.”

The official statement and the mosques and organizations that signed on to the statement is here: https://docs.google.com/document/d/10CphW9b8D3ersG9Q1DMOJy4duTpRDPjr75fEBOAaUl0/