The journey of Tariq, the Muslim beekeeper began approximately three years ago. Tariq has always been a “nature boy” for as long as he could remember. As a young boy, he was the kid that stayed outdoors. His preference would be to ride bikes or play basketball rather than to play video games. But when friends were not around, he passed time collecting and building vivariums (enclosures, containers, or structures adapted or prepared for keeping animals under seminatural conditions for observation). Tariq first started off building terrariums for collecting and raising toads, lizards, and snakes that he would catch around the house. He then moved to aquariums where he raised various fish, crustaceans, amphibians, and turtles.

It should come as no surprise that by his senior year of high school he was well-positioned to go to college and major in zoology. However, due to his father cautioning him that a zoologist would not have a financially rewarding life and the school of his choice (Morehouse) didn’t have a zoology major, he chose to major in biology instead. Although he was on a pre-med track, he opted not to pursue medical school after college. Rather his secondary passion for social activism led him to education.

Tariq never strayed far from his nature-loving side; in his classrooms, he raised praying mantises. Shortly after starting a career as a high school teacher, he was back in the seat of the student obtaining a master’s degree in Science Education. After about 10 years as a teacher, he transitioned into Educational Leadership. Tariq currently acts as director, educator, and wellness therapist at Makkah International Institute.

After founding Makkah International Institute and beginning to homestead he has now been afforded the opportunity to rekindle his childhood passion for exploring the natural world. Among other endeavors, Makkah International Institute takes regular expeditions to provide youth with real-world, culturally relevant learning experiences. Among these expeditions, we have gone snorkeling, taken college tours, visited nature centers, and various farms including that of a Muslim beekeeper.

It was at this trip to visit a Muslim beekeeper in 2014 that he was first introduced to beekeeping. The beekeeper saw the enthusiasm in the faces of the summer camp youth that he decided to invest in the organization by giving the organization a beginner’s beekeeping book. Tariq flipped through it, and three years later, as his homestead was steadily growing, he was ready to buy my first batch of honeybees which he purchased from another Muslim Beekeeper. The honeybees were one of the last animals to join his homestead: after the chickens, quail, and goats.

After his first year of beekeeping, he attended the Young Harris Beekeeping Institute and became a certified beekeeper. He is currently working on his third beehive and plans to continue to advance in the art of beekeeping until he becomes a master beekeeper. Tariq aspires to add to the scientific research of bee-related matters as well as experience being a honey judge.

In addition to the personal fulfillment that beekeeping has given Tariq, children within the community have also benefitted tremendously from him being a beekeeper. Since honeybees are major pollinators, the children have gained a better interest in and understanding of agriculture and food production. Beyond honey, the children have also learned that humans collect many other useful products from bees such as wax, royal jelly, and pollen. We anticipate that we will soon have children expressing interest in going into the natural health field due to learning of the many health benefits of pollen and royal jelly. We already have children that want to make candles and cosmetic products from the wax! The youth have already gained experience in harvesting honey, this year Makkah International Institute is looking forward to producing candles and cosmetics as well! 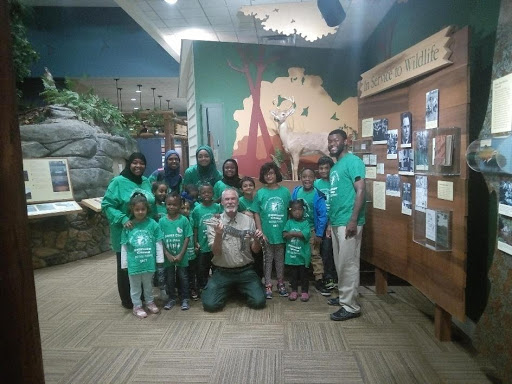 Unlike the keeping of other animals and critters, Tariq finds that beekeeping is highly connected to his religious fulfillment. The bee is mentioned in the Quran and the Prophet said that honey, black seed, and hijama are cures for all diseases and the best of all medicines. As an Islamic wellness therapist not only does Tariq perform hijama, but he also gives wellness advice on a regular basis. So quite naturally, he relays the many narrations of Prophet Muhammad that relate to wellness. If someone is sick, all too often Tariq will recommend that they take some honey. In fact, he even provides it after his hijama appointments. Which is local, fresh from the farm, and above the organic standard! 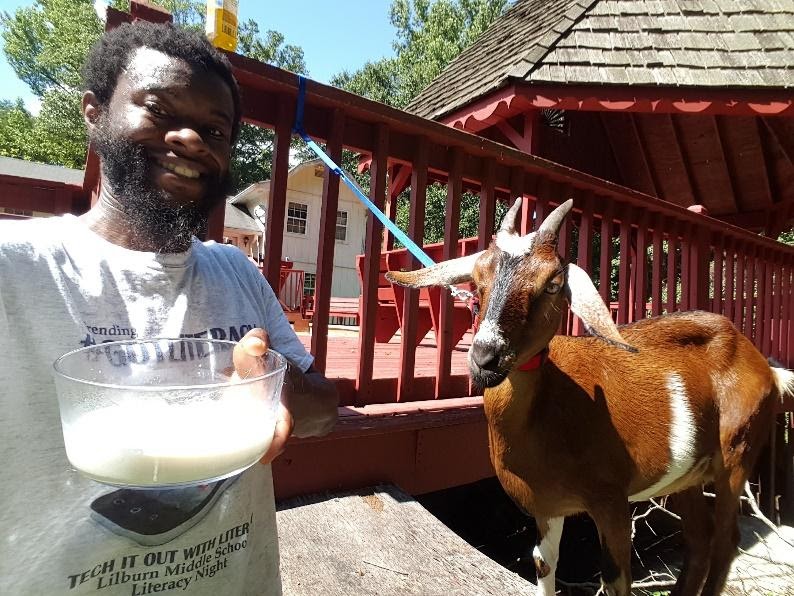 After it is all said and done the number one question people ask is “how many times have you been stung”? Contrary to what most people believe, honeybees are relatively easy to manage. In his three years of beekeeping, he has only been stung about five times. Beekeeping maintenance mainly consists of opening the hive about twice a month to check the health and development of the colony. In my three years, I have spent about $700 in beekeeping supplies and training. Which is about the same as a good pedigree German Shephard (without the training!). But unlike a pet dog, the honeybees find their own food. They will travel about a mile away to find the flowers they love.

Makkah International Institute combines three essentials to community prosperity: service, education, and wellness. Central to our mission is the honeybee. With awe-inspiring social structure and unmatched work ethic, the honeybee is so central to our organization that it was chosen as our mascot. The Makkah Institute Killer Bees are steadily growing in popularity at many local basketball tournaments donning their Stealers (and honeybee) black and gold colors. Beyond summer camps and school curricula, Makkah International Institute uses beekeeping in a holistic manner to uplift our community. If anyone has any questions or needs advice Tariq is always willing to lend a helping hand to the community. Till the next time, Happy Beekeeping!