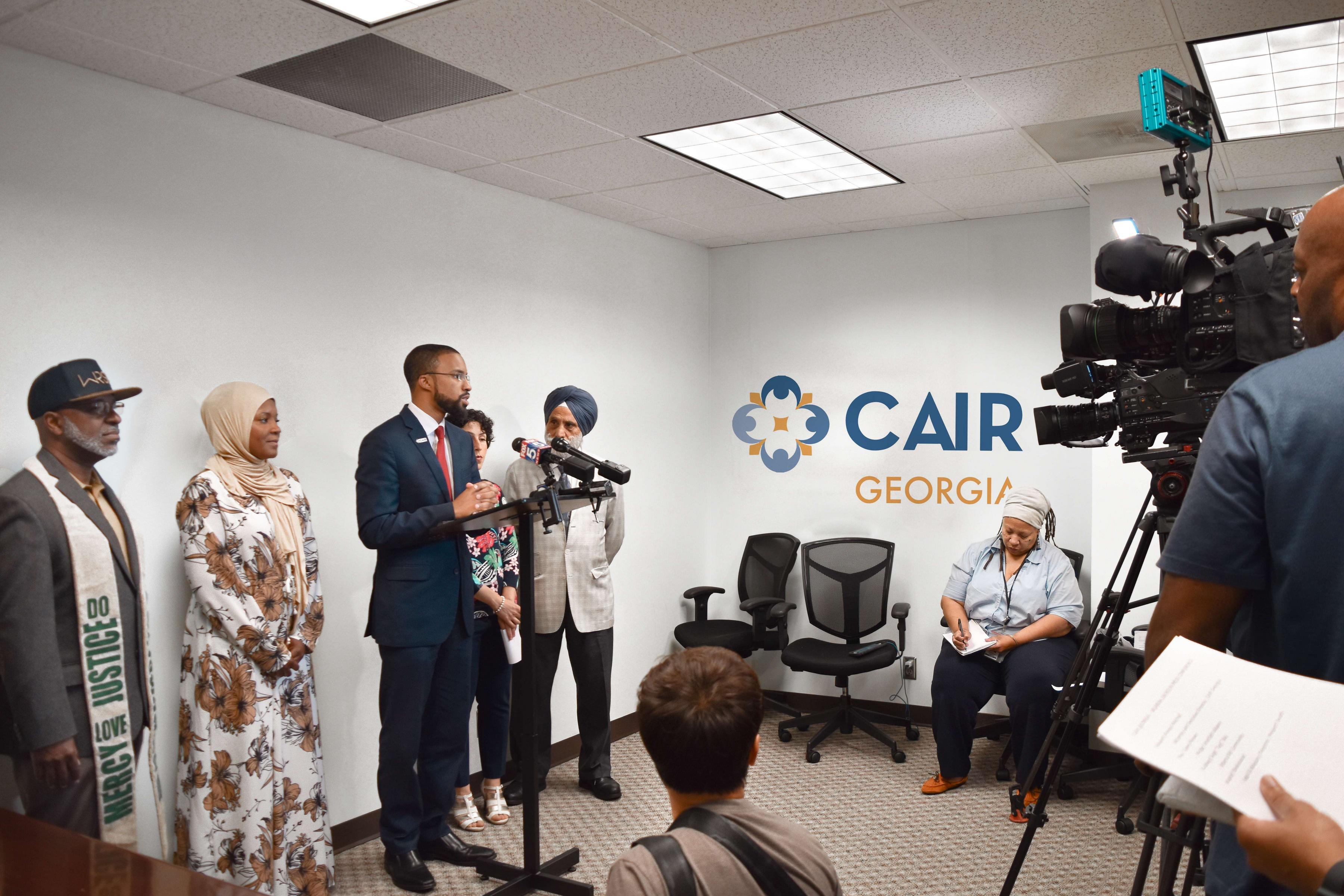 The Georgia chapter of the Council on American-Islamic Relations today announced that its public petition calling on Governor Brian Kemp to overturn the Georgia Department of Corrections decision to ban hijabs has received over 5,500 signatures and counting in just three days.

"We thank the 5,500 people and counting who have called for Governor Kemp to intervene, lift the Department's ban on hijabs, and guarantee religious freedom to all state employees," said CAIR-Georgia Staff Attorney Murtaza Khwaja.

Last Monday, May 13th, CAIR-Georgia filed a discrimination complaint against GDC on behalf of correctional officer Jalanda Calhoun, who was banned from exercising her constitutional right to wear a hijab at Rogers State Prison.

Officer Calhoun also spoke publicly during a press conference last week alongside members of other faiths who could be impacted by the Department's policy, including Sikh community.

“Both my job and my religion are very important to me," Calhoun said. "I never thought I would have to choose between the two. I know what God has asked me to do, and what the U.S. Constitution allows me to do. My hope is that as a government agency, the Georgia Department of Corrections will do the right thing.”

Calhoun returned to work on Friday, May 17th, without her hijab. Per the Department's current policy, she instead wore a GDC-approved cap in order to cover as much of her hair as possible while she waits for a legal victory or an intervention by Governor Kemp.

"Elected officials who believe in the importance of religious liberty should put their beliefs into action," said CAIR-Georgia Executive Director Edward Ahmed Mitchell. "Governor Kemp can do so by protecting every state employee's right to wear religious clothing that does not interfere with their job duties, including Islamic hijabs, Jewish kippas, Sikh turbans."

Officer Calhoun, who first joined the Department in 2015, embraced Islam in January of 2019. She informed the Department of Corrections that she planned to wear a hijab as part of her sincere religious beliefs, and began doing so shortly thereafter.

After Ms. Calhoun had worn a hijab for three weeks without incident, the prison's warden, Lenton Deloache, hand-delivered a letter banning her from wearing her hijab.

The letter argues that the prison's "grooming standards" require female employees to show their earlobes, that wearing a hijab could somehow make it easier for a male inmate to "escape," and that a hijab could be used to conceal "contraband."

"None of these reasons make much sense, and all of them are solvable issues," Mitchell said in response.

Under apparent threat of termination, Ms. Calhoun removed her scarf and sought help from CAIR-Georgia. In the weeks afterward, CAIR-Georgia and the Department of Corrections engaged in negotiations regarding the prison's policy.

When attempts to reach an agreement failed, CAIR-Georgia moved forward with filing a discrimination complaint with the Georgia Commission on Equal Opportunity, which could take up to six months to issue a decision.

CAIR-Georgia encourages Georgians of all faiths and backgrounds to stand up for their constitutional right to reasonable religious accommodations in the workplace.