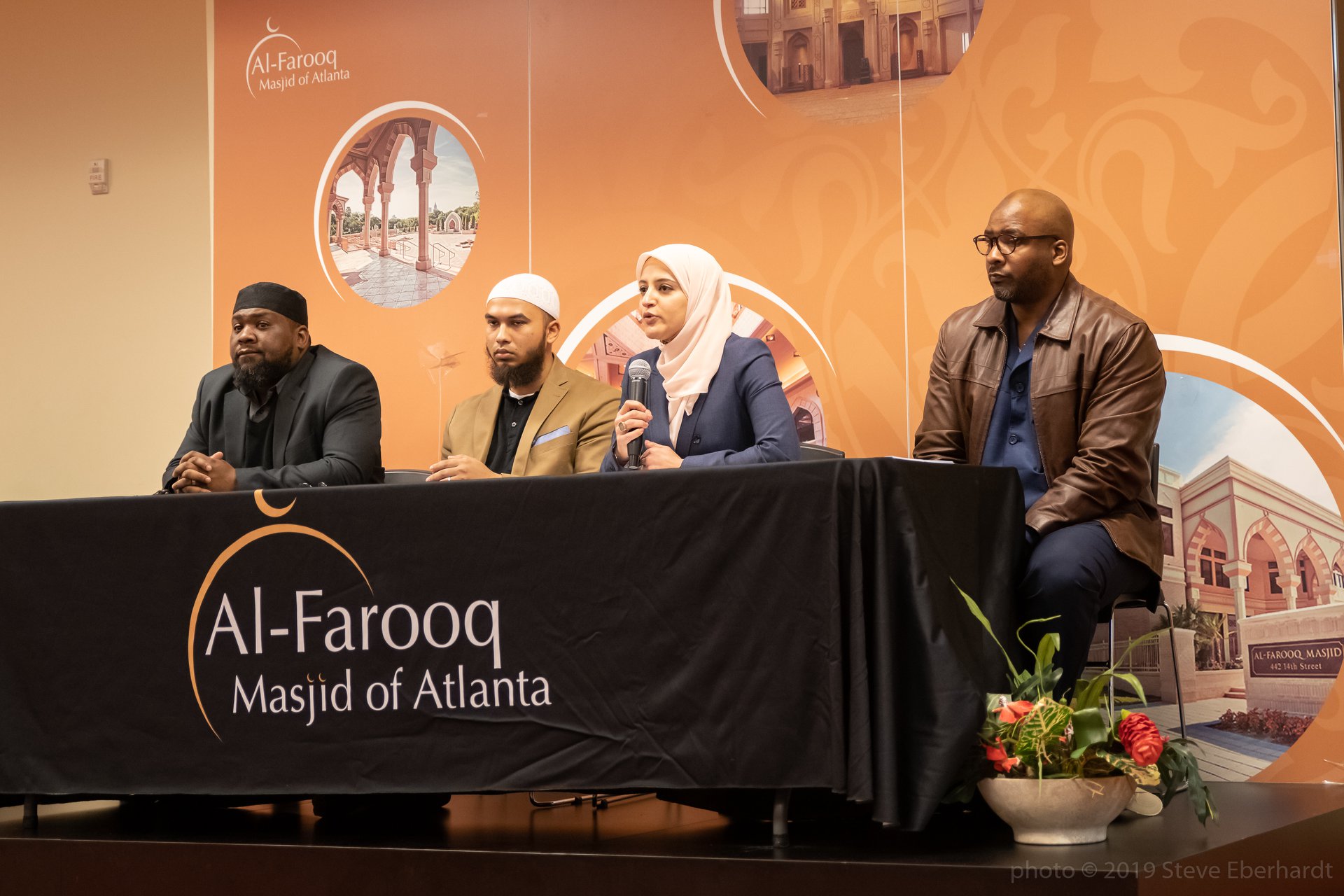 A Community Town Hall Meeting was held at the Al-Farooq Masjid was led leaders from the Muslim, Jewish, and Christian communities as a response to multiple lives were lost and many people were injured when a gunman opened fire in 2 Christchurch Mosques (Masjid Al Noor and Linwood Masjid Mosque) during Friday prayers on Friday 15/3/2019.

Nezar Hamze, a Broward County Sheriffs Office deputy and director of the South Florida Muslim Foundation and led the discussion on protecting mosques and best practices in security.

Omnia Abdel-Gawad, a certified life and grief coach, talked about hope and healing.

The event was also attended by Jon Ossoff (the Democrat who almost beat Karen Handel in a Republican-favored district last year), said “It’s the laypeople in all faiths, it’s even truly those who may not be People of the Book or have a faith, but believe in the unity of humanity and the important of standing together, who are standing with you.” On Twitter last week, Ossoff said the New Zealand attacks “had darkened the whole world.”