The Masjid was established in 1980 as The Atlanta Mosque, a nonprofit, non-political, religious organization. Later due to a name conflict with another organization, its name was changed to Al-Farooq Masjid of Atlanta.

In 1990 the Masjid decided to expand the scope of its service activities by establishing an academic religious-parochial school (Dar-un-Noor School). This school now has 200 students in grades pre-K through 8 learning all academic subjects such as math, science, social studies, in addition to Islamic Studies and Arabic.

The growing population of Muslims prompted the Masjid to address the need for a formal Quranic teaching/hifz (memorizing/learning the Holy Quran) facility. This necessitated the establishment of The Atlanta Dar-ul-Uloom (in 1994) with a hostel facility for full-time resident students. This institution now has 27 students, two qualified full-time instructors, and a dorm warden.

Realizing the importance of Muslim burial facilities in a predominantly non-Muslim country, the Masjid Board in 1982 acquired 5 acres of land to establish a Muslim cemetery. This facility (burial capacity of 2,000) is one of the very few Muslim cemeteries available in this country. To date, approximately 300 Muslims from various parts of the country have been buried in this cemetery.

In the mid nineties, the Muslim population not only increased to an unprecedented level but it also spread extensively to the suburbs of Atlanta. To meet the worship and educational needs of Muslims and their children, Al-Farooq Masjid was prompted to establish Masjid Omar Bin ‘Abdul-’Aziz in the Norcross area of Atlanta. This neighborhood community mosque not only attracts a large number of Muslims for daily five-time Salahs but also over 400 Muslims for Friday Salah. Also, over 100 Muslim children attend daily afternoon Quranic and Islamic classes.

Alhamdu-lillah, the Al-Farooq Organization has made tremendous strides toward establishing a number of important Islamic institutions. All the past achievements are the results of Allah’s grace exhibited through active participation and monetary help of local Muslims. 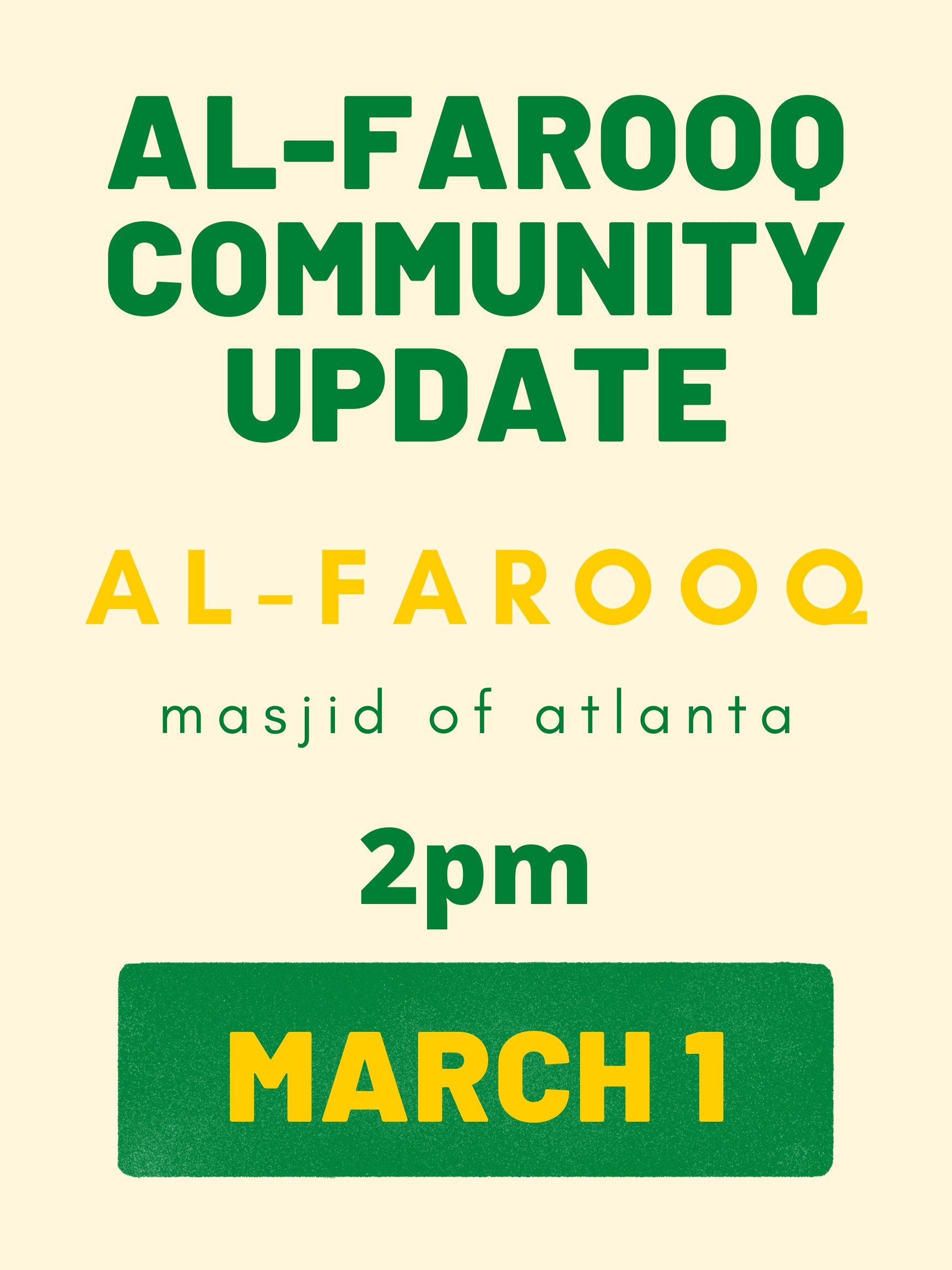 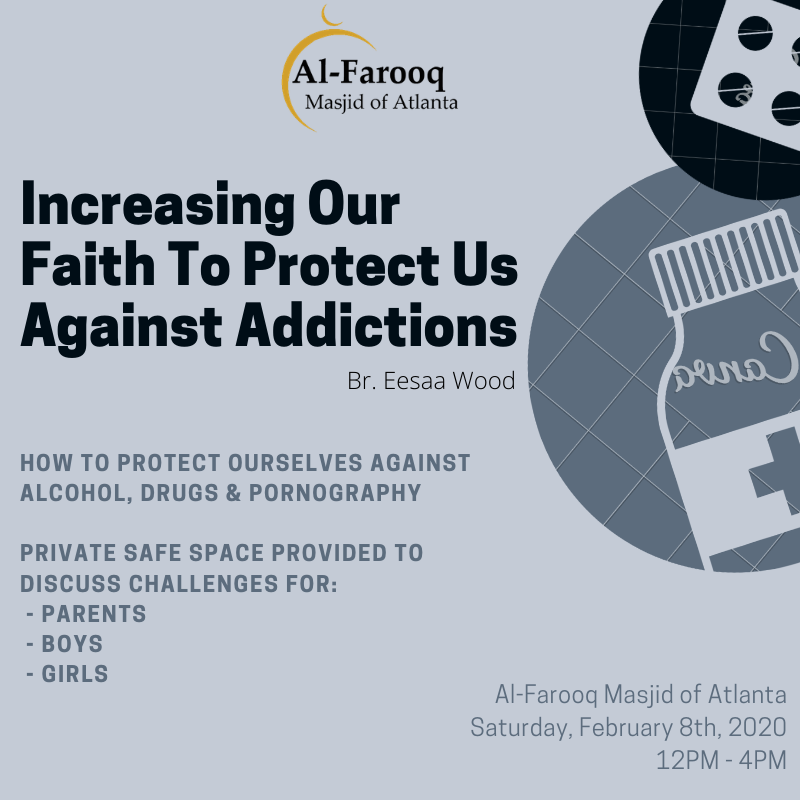 Increasing Our Faith to Protect Us Against Addictions