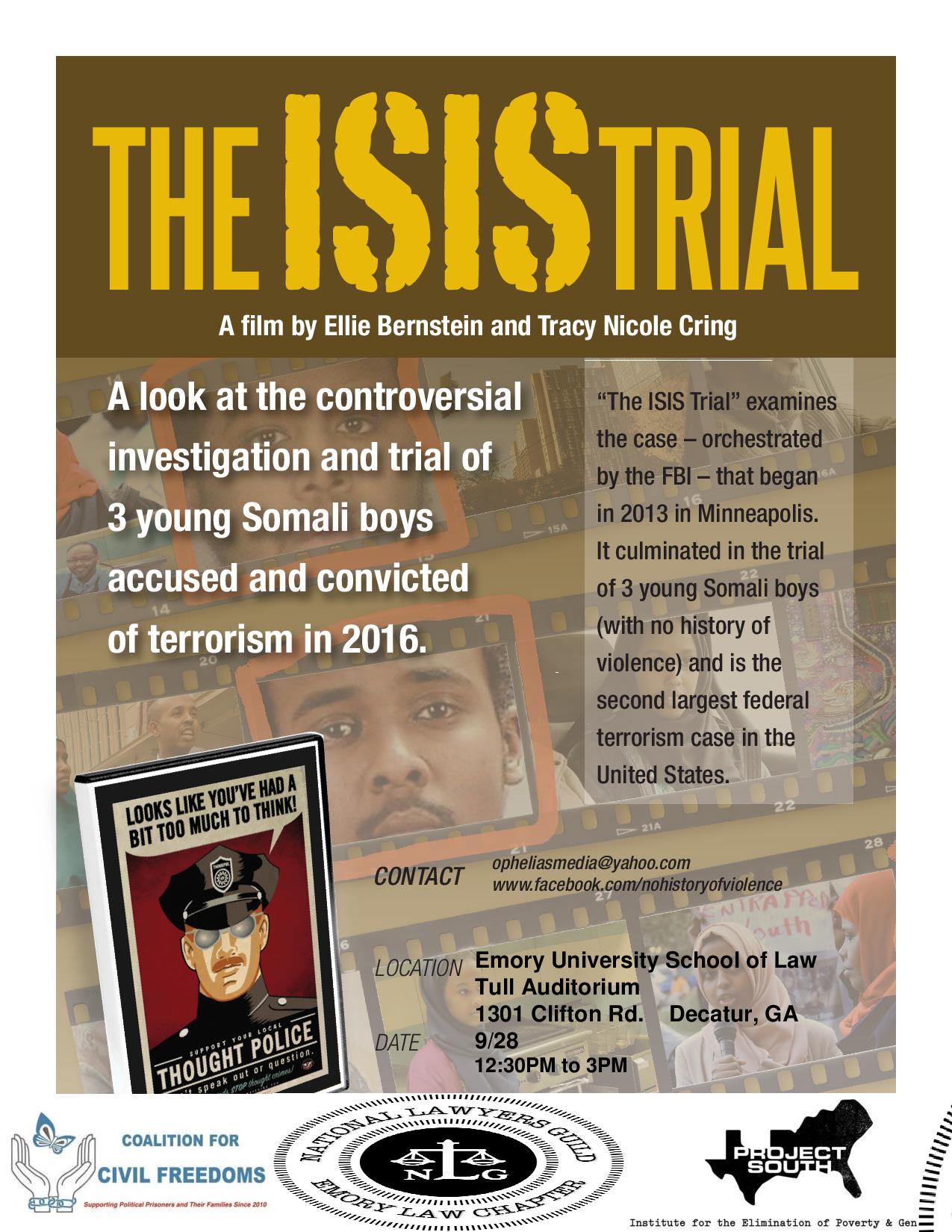 Join Project South, the Center for Civil Freedoms, and Emory National Lawyers Guild for a screening of the ISIS Trial.

“The Isis Trial” by filmmaker Ellie Bernstein, is a look at the controversial investigation and trial of 3 young Somali boys with no history of violence accused and convicted of terrorism in 2016 and sentenced to a combined total of 95 years. Orchestrated by the FBI, this is the second largest federal terrorism case in the United States. The film examines the controversial use of informants and how federal Countering Violent Extremism programs have divided communities.

Free and open to the public. Refreshments will be served and a moderated discussion will follow led by the filmmaker and Attorneys Kathy Manley and Amith Gupta.