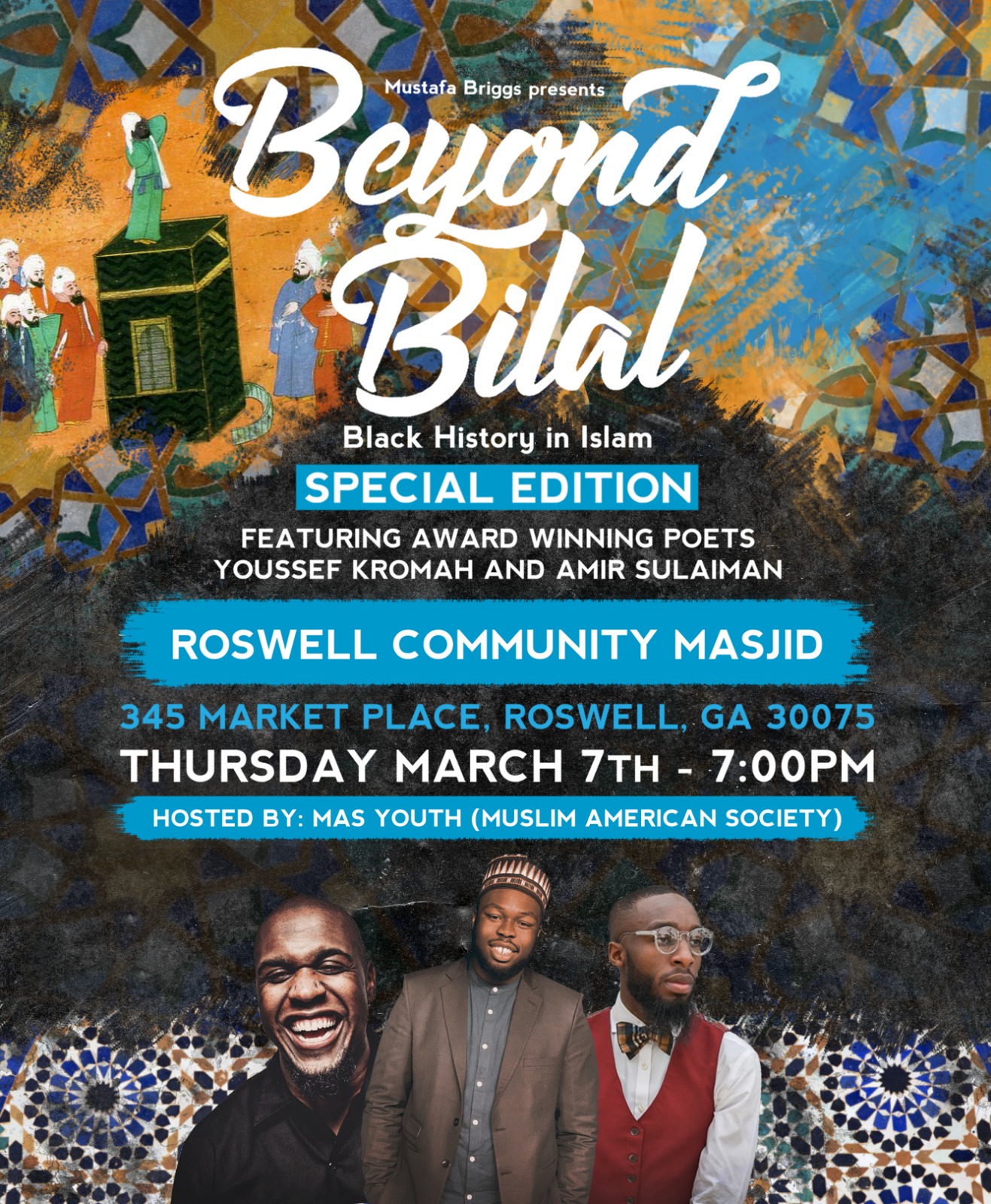 After a Successful 20 University Tour in Europe with a quick stop over in Nigeria, West Africa, Beyond Bilal: Black History in Islam, is being brought to the USA for Black History Month across 10 locations including Yale and Harvard! The presentation aims to explore and uncover the deep routed relationship between Islam and Black History; from Black Prophets and prominent figures in the Qur'an, to the unknown black Sahaba and scholars of the early generations, the history of Islam in Africa, and the legacy of contemporary African Islamic Scholarship and its role in the International Relations of the Muslim World as well as the vital role Female Scholarship plays in the West African Islamic Tradition.

The presentation is written and presented by Mustafa Briggs, a graduate of Arabic and International Relations from the University of Westminster who’s dissertation focused on Arabic Literature and Literacy in West Africa. Mustafa started an MA in Translation at SOAS with a specialisation in Arabic and Islamic Texts, before going onto al-Azhar University in Cairo, Egypt where he is currently studying Arabic and Islamic Law.

During this leg of the tour, we will also be joined by award-winning poet, best-selling author, dynamic speaker, community activist and international television host and founder of the ‘ Do it for The Deen initiative’ Youssef Kromah who was first featured as a spoken-word poet on Russel Simmon’s HBO series Brave New Voices and later as a featured guest speaker on CNN’s Who’s Black in America, hosted by Soledad O’Brien. He has also performed across the United States and abroad, including Cuba, Hong Kong, Palestine, Ireland, Thailand, Morocco, London, Egypt and many other countries.

AN EVENT NOT TO BE MISSED !