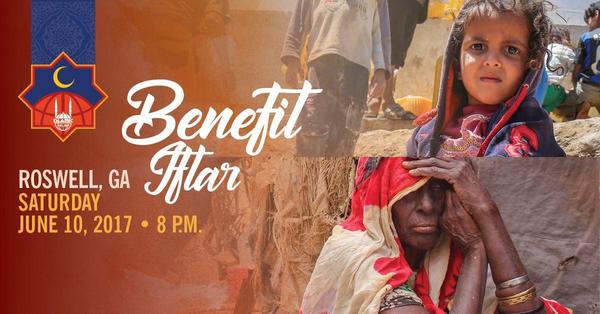 This event was originally created by Islamic Relief USA.

YEMEN: According to the World Food Program, an estimated 14.4 million people in Yemen are food insecure: the country imports a whopping 90% of its food! Of the food insecure, 7.6 million are considered severely malnourished, placing even more importance on external humanitarian food aid resources. The country’s child malnutrition rates are among the highest in the world: around half of all Yemeni children under five years old are stunted.

SOMALIA: Islamic Relief Somalia opened in 2006 to implement and oversee programs that would alleviate suffering due to continued violence, and that would help internally displaced populations.