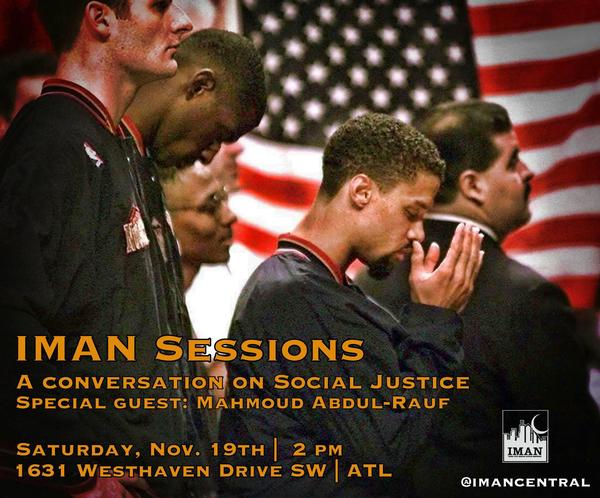 A Conversation on Social Justice with Mahmoud Abdul-Rauf

This event was originally created by IMAN Atlanta.

Topic: A Conversation on Social Justice with Mahmoud Abdul-Rauf

Before Colin Kaepernick, there was Mohmoud Abdul-Rauf. In 1996, The Denver Nuggets guard said that on principle he could not stand for the national anthem because the flag in many countries represents “oppression and tyranny” He was fined , suspended, attached, and yet to this day has no regrets.

IMAN Atlanta strives toward meaningful social justice and human dignity beyond the barriers of religion, ethnicity, and nationality.