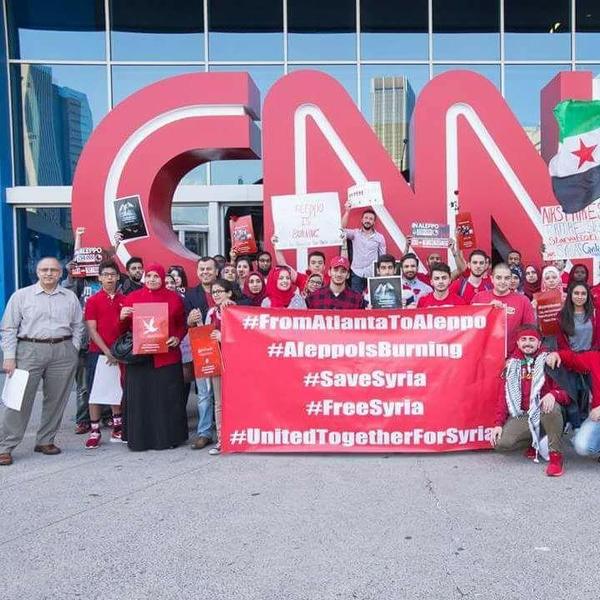 This event was originally created by Emad Sabbah.

Aleppo is dying and on the brink of total extermination. Assad's foreign mercenaries, backed by Russian air power and the world's defeating inaction, have surrounded the last 4 neighborhoods under revolutionary control, neighborhoods inhabited by tens of thousands of innocent, freedom-aspiring civilians. During their ruthless advance, there have been mass killings, torture, and men being rounded up in the streets to be shot execution style. The civilian population in these remaining neighborhoods is at risk of being the victim of genocidal crimes.

Please join us in coming together to answer and stand for the innocents. Bring your signs, flags, and your voice. Call on the US, UN, and the world to take action.1. Stop of all airstrikes 2. Unimpeded humanitarian aid to all besieged areas. Call on your congressman or woman or local representative to enforce a no-fly zone over NW and SW Syria and to deliver unimpeded humanitarian aid to besieged areas.

We will not go down without a fight! We will not be written down in history as just letting this happen.