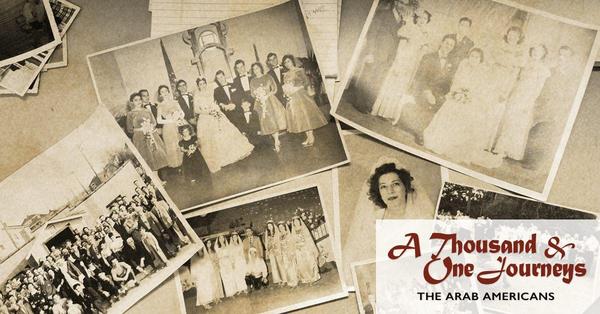 A Thousand and One Journeys: The Arab Americans

This event was originally created by ALIF Institute.

Ticket price: $20 (general admission) VIP Ticket: $75 (Includes admission for one to VIP Reception at 5:30pm, One seat in VIP section for movie; One signed copy of DVD) FREE WITH ANY TICKET PURCHASE: Admission to Atlanta History Center on 8/28! That is a $16.50 value!

An unprecedented documentary chronicling 200 years of untold stories about the Arab American Experience.

"A Thousand and One Journeys" is a full-length, broadcast-quality documentary about an untold and important piece of American history. It's the untold story of 200 years of the contributions that Arab Americans have made.

Since the 19th century, Arab Americans have made many significant efforts in politics, science, arts, business, entertainment and the social fabric of America. We explore the history of Arab American immigration and these contributions to America, while also examining the current Arab American experience for prominent Arab Americans such as Helen Thomas, Ralph Nader, Anthony Shadid, Senator George Mitchell, General John Abizaid, Maysoon Zayid, and more. Plot Outline With historical immigration patterns as background, we will explore the personal stories of Arab-Americans and how they have contributed to the collective American experience. At a time where the media tends to paint Arab peoples and culture with the broad brush of terrorism, it is increasingly important to present a positive image of the many people of Middle Eastern, North Africa and the Arabian Peninsula who have made America their home, and highlight their American journey.